Black Mambas, lions, hippopotamus, killer bees, let's say I had a few worries on my mind before traveling to Tanzania when I was 16. But of all the creatures that could try to attack and eat me, a pelican wasn't what came to mind.

Since the age of four, when most kids become infatuated with going to Disneyland, I developed a lifelong obsession with Africa's incredible ecology and culture. I spent my childhood days dreaming of elephant matriarchs leading their families to water across the Kalahari and not the misplacement of Cinderellas glass slipper. Thus, my passion cultivated into a trip of a lifetime when I convinced my parents to visit the continent (we had to wait until my little brother was big enough not to be considered prey.) And we spent a month traveling across Tanzania as a family, visiting different parks and communities.

As our trip was drawing to a close, we made one last stop in the Mahale Mountains on Lake Tanganyika directly across from the DRC. The setting for one of the strangest animal interaction I've ever had, with a decedent of the dinosaurs: Big Bird, an African white pelican.

Ironically, I knew all about this particular pelican as I had first come across Big Bird years before because he is a celebrity. I was interested in recreating aerial flight in a project and wanted to research a bird's POV when I came across this incredible footage:

So, riding a rudderless wooden boat across Lake Tanganyika, we drew up to a sandy beach where we were going to camp, choked on all sides by leopard infested rainforest. We drew closer to the beach, and the men with the automatic weapons began their search for crocs in the shallows, but I had my eyes zeroed in on one of the strangest things I have ever seen.

For there, standing at least 5'5, stood a very inquisitive pelican. The very same pelican as the one from the GoPro footage I saw years prior. To this day, Big Bird has been the only celebrity I recognized on the spot despite living in Los Angles for the last four years and accidentally bumping shoulders with Beyoncé and JayZ.

He waddled up to meet the newcomers. Eyeing me with his jet-black eyes.

Smiling ear-to-ear and cleared croc free, I jumped from the boat and walked right up to him. It was amazing to stand eye-to-eye with a pelican. I noticed he had grown up, and his juvenile feathers were gone, and he was growing in his white adult plumage. A very handsome fellow indeed, and I was beyond delighted to meet him.

He, however, didn't think the same. He followed me across the camp. Tailed my every move, kept an eye on me at all times, always just one or two feet away. I was this imposter on his turf. Or maybe a shiny fish human he couldn't resist to try and snap at.

And His whole plan? I want to eat her.

Without warning, without knowing, he would strike! From behind, from above, while I was swimming, eating, his whole beak swallowing me whole.

Let me say that having a bird as big as you are, trying to eat your face with its razorblade beak was something I didn't exactly enjoy. I spent too many moments inside his mouth, smelling too much dead fish.

Despite his distrust of me, I still loved that pelican, even his mischievousness and the side effect of my head smelling of reeking fish for a few days.

When we boarded that same rudderless wooden boat and waved goodbye, I was sad to see him go. To this day, I wonder what he is doing and if he still lives on that beach. But wherever he may be, he has never left my memory.

I just knew from the moment I met him that he was a character. He had this inherent cartoonishness to him. Big Bird needed to be turned into a cartoon character; it was obvious to me. He was just too much fun and unusual an animal not to.

So, When I was developing Waasi's character and looking into oil spills. I fell onto the idea of having Waasi have a pelican sidekick who she rescued from an oil spill and that her fascination with her new friend's inability to fly would make the two of them inseparable.

So, thank you, Big Bird, for being the inspiration for one of my favorite characters in MUP: Dirty Bird. (But not for trying to eat me, that wasn't nice!) But alas, Big Bird is a remarkably pesky fellow has who has won my heart over, and hopefully, Dirty Bird will do the same for my readers. 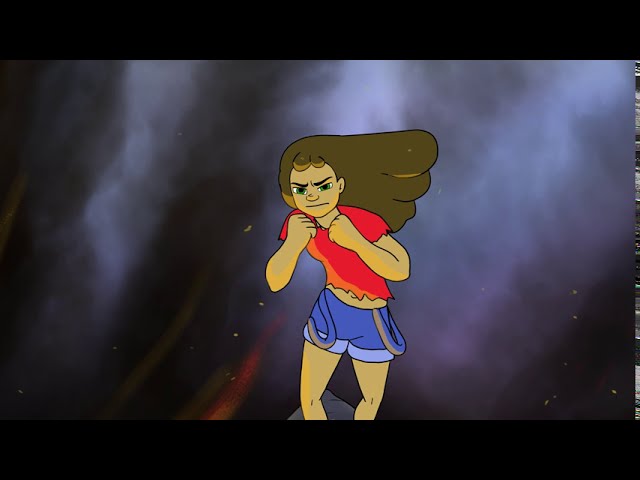